Sleepless nights for doctors in a war zone

HomeNEWSSleepless nights for doctors in a war zone 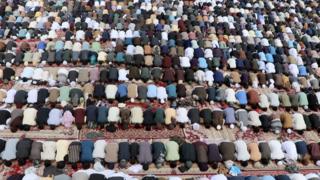 Sleepless nights for doctors in a war zone

Dr Yousef was the first in his family to get tested for Covid-19 – and the first to die.

“He came home and said, ‘I’m not feeling well and I think I have the virus’,” Behtarin Paktiawal tells me, recalling what was a fateful day for his family. They would end up losing three loved ones to the virus, which is stalking Afghanistan at a speed and scale still perilously uncertain.

For an embattled nation already fighting on multiple fronts, the world’s health crisis is yet another disaster threatening to overwhelm a fragile health system, and exhaust people weary of endless war.

And with each week that passes, both violence and the virus spread.

Paktiawal’s brother, Dr Yousef Khan Ariubi, had tested positive for Covid-19 – but he wasn’t sent his test results. He was expecting them from the Afghan-Japan government hospital in Kabul, which is playing a central role in Afghanistan’s fight against the coronavirus.

“I said to them, ‘why didn’t you call us?'” Paktiawal recounts as he cradles a small photo album with a photograph of his brother tucked in its plastic cover. “They told me they made a mistake.” Then the hospital tested the entire family.

A month and half on, he says their results are still missing – but as they wait, his brother Fazel and sister Gul Khumar have also died.